Kip assists the parties in trying to reach mutually satisfactory resolution. His knowledge of and experience with facilitative and transformative skills are significant advantages in a satisfactory mediation. 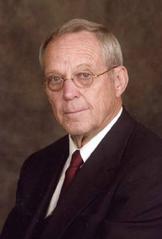 KIP GLASSCOCK has been primarily a mediator and arbitrator for over 25 years,  mediating and arbitrating over 6,000 lawsuits and disputes, including complex, multi-party and class-action cases, with significant mediation experience in both business and personal injury cases. We have been hired by the same firms, both plaintiff and defense, numerous times. Kip's 2002 LLM in Dispute Resolution has added to the depth of his understanding and capabilities.

Kip is fair and unbiased in his decisions. Listening and studying submissions from all parties and sides in an arbitration, the knowledge and study of applicable law, enable fair arbitration decisions.

Appointed by the Court, the Court Master conducts hearings and makes recommendations to the judge on specific, complex issues in a case.

As an umpire for insurer and insured disputes, Kip reviews reports and briefs, conducts examination(s), hearing & research, and renders a binding decision for all parties.

Kip Glasscock graduated from Texas Tech University in 1964 with a Bachelor of Arts Degree in English and Speech, and in 1968 from Baylor University School of Law. In 2002 he earned an LLM in ADR from osgoode hall School of Law, Your University, Toronto, Ontario, Canada. In 1970, Mr. Glasscock headed his own law office, Kip Glasscock & Associates, P.C., has practiced with Provost & Umphrey, L.L.P., and was a partner with the law firm of Moore, Landrey, Gary & Jones from 1991 until 1995, when he became a full-time mediator.  Kip Glasscock is a member of the Jefferson County Bar Association and served as the Chair of the Jefferson County Lawyer-Client Reconciliation Committee from 1977 until 1984. He is a former Director of the Jefferson County Bar Association. He is admitted to practice in the State of Texas, Southern, Easter, Northern United States District Courts, and United States Supreme Court, member of Texas State Bar Association and Bar for the Eastern District of Texas.

Through the most popular forms of ADR, mediation and arbitration, we are many times able to assist individuals, businesses, their attorneys and the courts to clarify or settle their cases and so shorten court dockets.